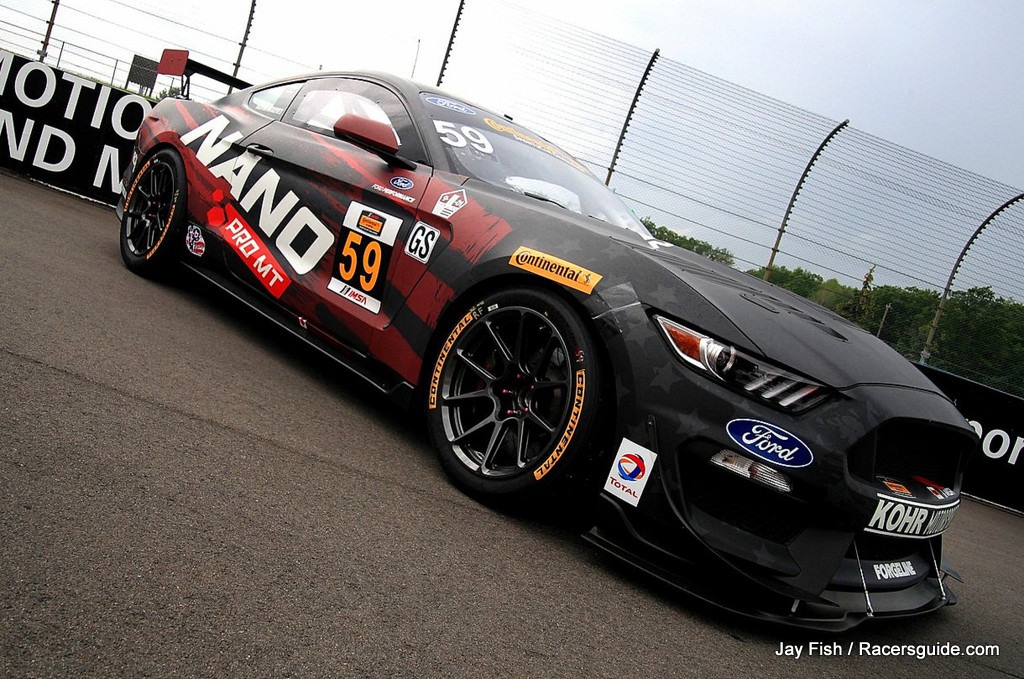 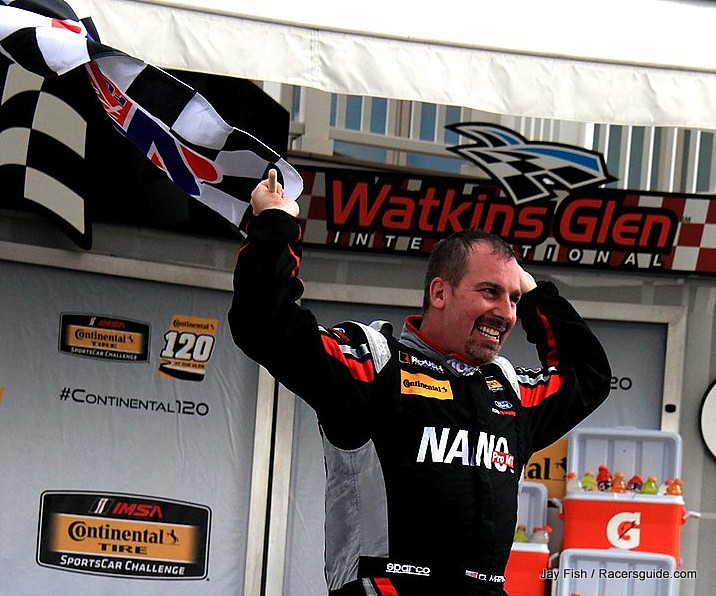 Watkins Glen NY.- July 2, 2017- In a race that was at one point red flagged for rain, the two-hour Continental Tire 120 at Watkins Glen International came down to a 12-minute shootout under sunshine and dry track conditions.

Restarting in the third position, Dean Martin moved to second behind Al Carter after race-leader Matt Plumb made a rare mistake in the Inner Loop. With two laps remaining, Martin got alongside Carter exiting Turn 1, and as they worked uphill through the Esses, the two made contact sending Carter into a spin. Martin motored past and went on to win by 5.513 seconds in the No. 59 NANO ProMT Ford Mustang alongside co-driver Jack Roush Jr.

“I just kept trying to keep pressure on him,” said Martin. “I took a few chances with him just to let him know I was going to be aggressive. We came onto the last corner. I had a good run. I came up behind him and tried to play a little peek-a-boo with him to distract him going into one. I think it worked. He missed the apex a little bit and went a little wide and I just had a great corner and got myself positioned inside.

“He was trying to squeeze me, but I know he knew I was there. I laid the car up on the rumble strips to try to sneak through and give him enough room on the outside, but we made contact a little beyond the apex. It was the only opportunity I was going to get to drag race him. Unfortunately, we had contact. I would’ve liked to have finished up that lap. It would’ve been exciting.”

The No. 77 C360R McLaren GT4 of Nico Rondet and co-driver Mathew Keegan finished second, while Matt Plumb recovered to finish third in the No. 76 C360R McLaren GT4 he co-drives with polesitter Paul Holton. Plumb was celebrating his 100th career Continental Tire SportsCar Challenge start and was in position for a record-breaking 24th career series victory before the incident. Carter finished seventh following his incident with Martin.

In the Street Tuner (ST) class, Mat Pombo held off brother Mark Pombo for his second win this season in the No. 73 MINI JCW he shares with starting driver Derek Jones. The brothers went head-to-head for much of the race’s final 12 minutes following a late-race restart with Mat crossing the stripe 0.770 seconds ahead. It was the fifth career win for MINI. 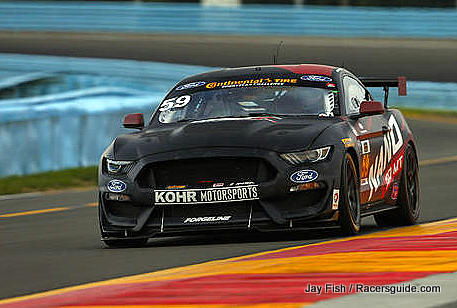 “For those of you that know the history of this, it’s a pretty special Pombo 1-2, because five years ago last week was when my brother was in a pretty horrific crash at Road America,” said Mat Pombo. “He spent about four years of his life recovering from a head injury, so being able to finish 1-2 today is really a dream come true for us.”

Mark Pombo was joined by co-driver Jared Salinsky in the runner-up effort by the No. 52 MINI JCW team. Finishing third was the No. 56 Murillo Racing Porsche Cayman of Eric Foss and Jeff Mosing, who moved into the ST class points lead.

It was an especially impressive podium finish for Mosing, who was involved in an incident in Friday’s IMSA Porsche GT3 Cup Challenge event and was transported to an area hospital. He was evaluated and released from the hospital Friday evening and cleared to compete Saturday afternoon.

The Continental Tire Challenge returns to the track next weekend at Canadian Tire Motorsport Park on Saturday, July 8. The race can be seen live flag-to-flag on IMSA.com. 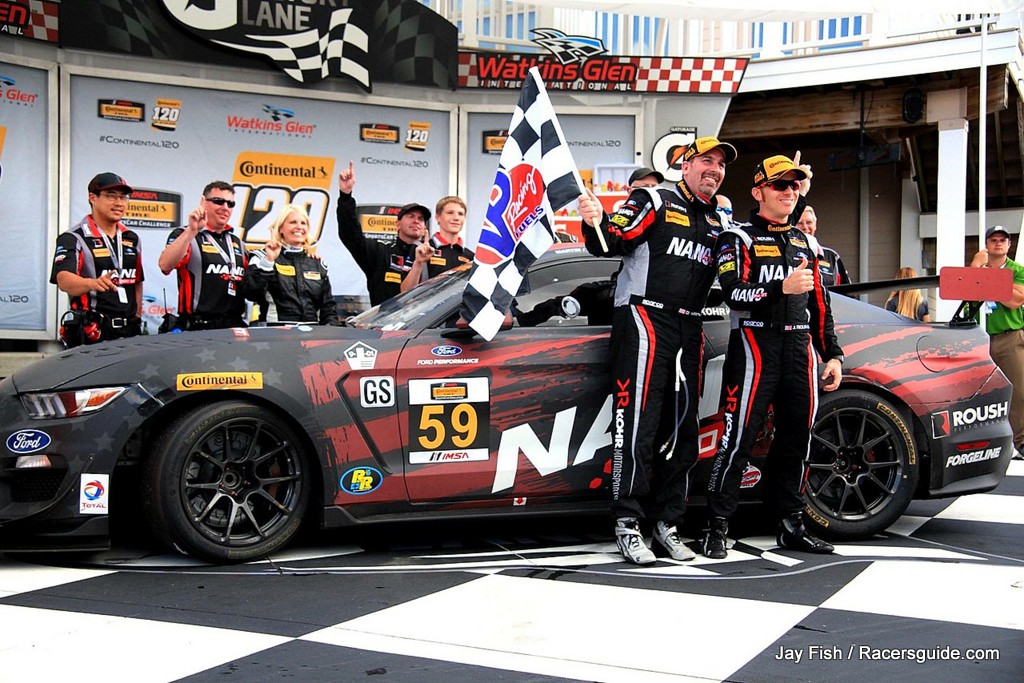 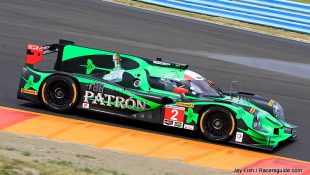