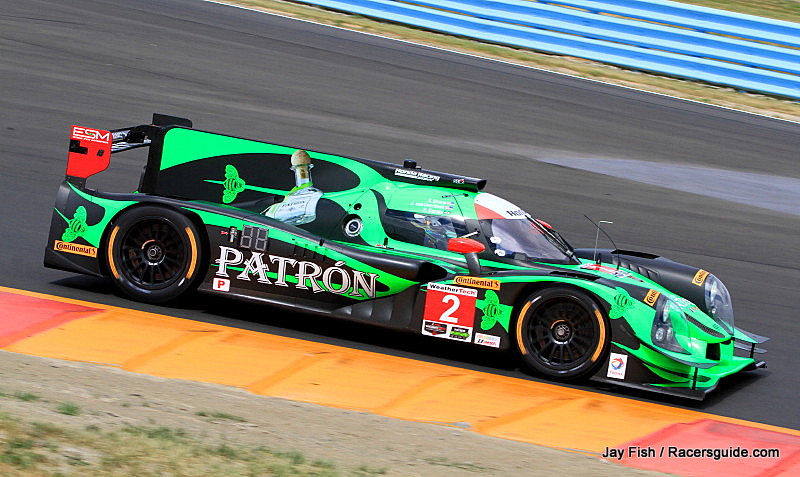 It’s been an eventful week for Tequila Patrón ESM and driver Pipo Derani. 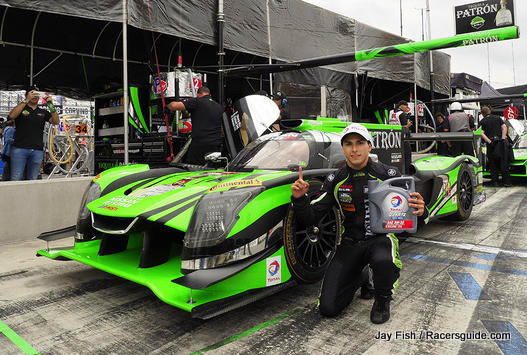 Watkins Glen NY.- July 2, 2017- On Monday morning, the team announced that Derani would replace Patrón Spirits International President and CEO Ed Brown as driver of its No. 22 Nissan DPi race car for the remainder of the 2017 IMSA WeatherTech SportsCar Championship season. The plans called for Brown to race in the Sahlen’s Six Hours of The Glen on Sunday and then retire from Prototype competition.

Plans changed Thursday morning, when the team announced that – due to unexpected back surgery – Brown would not compete this weekend after all, leaving regular driver Johannes van Overbeek and Brazilian endurance race teammate Bruno Senna to contest the six hours on their own in the No. 22 machine.

On Friday, Derani posted the quickest time in practice aboard the team’s No. 2 Nissan DPi he is sharing this weekend with its regular drivers, Scott Sharp and Ryan Dalziel. Today, Derani put the car on the pole position for the Sahlen’s Six Hours of The Glen, beating Olivier Pla in the No. 52 PR1/Mathiasen Motorsports Ligier LM P2 car by a scant 0.162 seconds.

The Brazilian posted a best time of 1 minute, 34.405 seconds (129.6 mph) in the 15-minute session to earn the first TOTAL Pole Award of his WeatherTech Championship career. It also was the first pole for the Nissan DPi program, which debuted in January’s Rolex 24 At Daytona.

“It’s special to give Ed (Brown) and the whole team a pole position after all the hard work at the beginning of the year,” Derani said. “Not just for us the drivers, but for all the mechanics here and at the shop back at home.

“I think as we’ve seen today, we’re not the only ones who were quick, and we were right up there with Olivier. Look at how close the DPis are to the P2s here. Each car has its strength and weaknesses. It might be in favor of one or another depending on where you are on the track so I think it’ll be a tough race for us.”

Pla will roll off from second on the class grid in the car he shares with Jose Gutierrez following a best qualifying lap of 1:34.567 (129.4 mph). The second row will include a pair of Cadillac DPis, with Christian Fittipaldi in the No. 5 Mustang Sampling Cadillac DPi-V.R starting third at 1:35.306 (128.4 mph) and points leader Ricky Taylor qualifying fourth at 1:35.496 (128.1 mph) in the No. 10 Konica Minolta Cadillac DPi-V.R.

Ricky Taylor and his brother, Jordan, are going for their sixth consecutive victory in the WeatherTech Championship during tomorrow’s Sahlen’s Six Hours of The Glen.

The race will be televised live on FS1 beginning at 10 a.m. ET, with continuing coverage on FS2 starting at 1 p.m. The FOX Sports GO app will carry the race from start to finish with FS1 authentication. 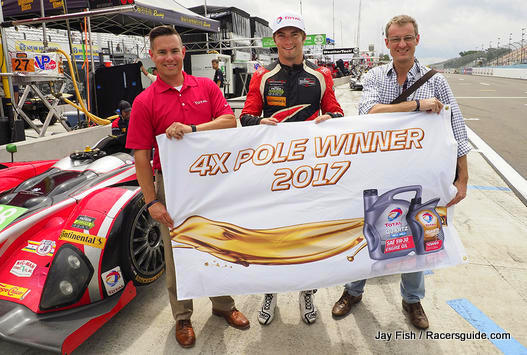 Driver James French and the No. 38 Performance Tech Motorsports team earned their fourth pole in five qualifying sessions this season in Prototype Challenge (PC) class qualifying. It was the eighth pole of French’s career and the eighth also for the team in the IMSA WeatherTech SportsCar Championship.

French logged a best lap of 1 minute, 40.049 seconds (122.3 mph) to secure the top starting position. He’ll be joined in Sunday’s race by co-drivers Pato O’Ward and Kyle Masson as the team looks to continue its 2017 undefeated record in Sunday’s race.

“Definitely, the goal is another win,” French said. “We started out practice with a bit of a nervous car. It was a little more ‘steery’ than we wanted and Pato had a bit of an incident yesterday. The team put what they could into the car overnight, so we went a little more conservative on the setup. It makes it a little easy on us get through traffic tomorrow and play it a little safer knowing we need to survive for six hours.”