Bachetti Holds Off Ricci for ‘Gobbler’ Crown at Accord 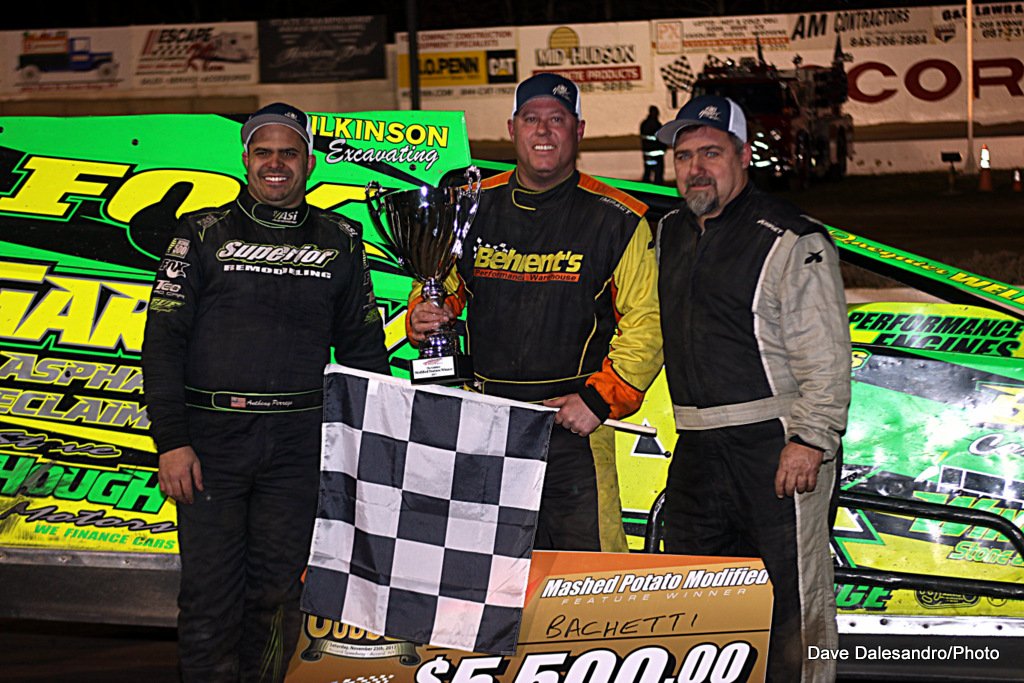 Andy Bachetti Completes his Stellar 2017 Season with $5,500 Payday at Brett Deyo’s Season-Ending ‘Gobbler’ at the Accord Speedway; Mike Ricci Settles for Second after Race-Long Duel 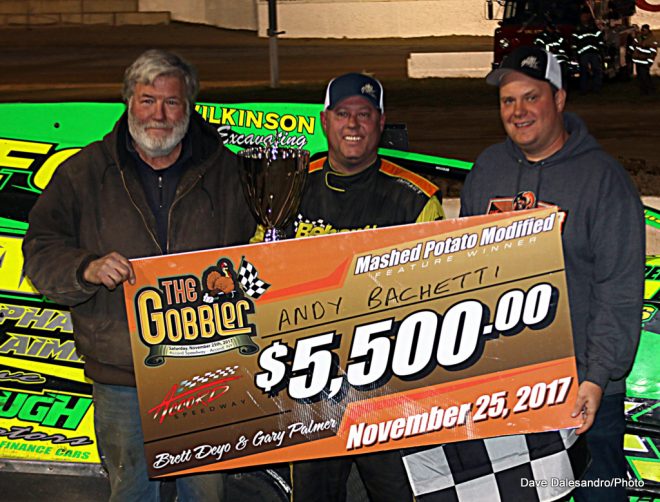 ACCORD, NY- November 25, 2017- Whenever Brett Deyo’s Short Track Super Series rolls into the Palmer Family owned Accord Speedway in Accord, N.Y., the odds of the event being one that leaves the fans talking throughout the long winter months are fairly high. One could almost suggest that it’s expected.

The fifth annual ‘Gobbler’ certainly lived up to its reputation as Andy Bachetti and hometown favorite Mike Ricci waged a torrid battle throughout the entirety of the 50-lap, $5,500 ‘Mashed Potato Modifieds’ feature Saturday evening with the former returning to victory lane and closing out the northeast modified season at his former stomping grounds.

Bachetti and Ricci led the field of 24 stout modifieds to the initial green with Ricci taking the early advantage as he powered around the Sheffield, M.A., native at the exit of the second turn to assume the lead in the opening stages. His lead would be short lived, however, as Bachetti dove to the inside of Ricci in turn three in lapped traffic to assume the lead and pull away before lap-13 was completed. 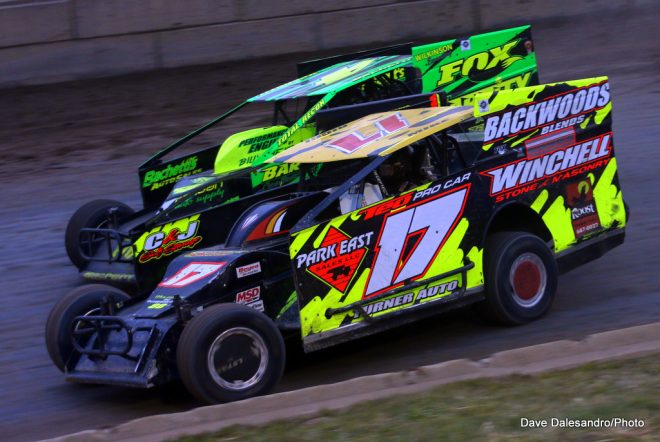 After surviving the charges of Ricci throughout a cluster of early race restarts, the driver of the Backwoods Blends sponsored No. 17 elbowed his way past Bachetti on a lap-26 restart and began to increase his advantage over the 2017 Short Track Super Series champion immediately.

Though it may have looked like Ricci was on his way to victory, a late-race caution with only 13-laps remaining put Bachetti back alongside for the ensuing restart. Needless to say, he didn’t waste what turned out to be his final opportunity to reclaim the top-spot as he and Ricci leaned on each other until Bachetti was able to retake the lead at the exit of turn two.

Not one to go quietly into the night, Ricci mounted one final charge with the duo trading the lead at opposite ends of the speedway before Bachetti slammed the door for good with around 10 circuits remaining to claim his first-ever ‘Gobbler’ crown over Mike Ricci, Anthony Perrego, Joe Judge and Ryan Godown to round out the top-five.

Though he seems to make winning look easy, getting to victory lane on Saturday was anything but. With a draw that left him starting dead-last in his heat race earlier – along with a few early-race jingles in said heat race that left a few dents in his Teo chassis – Bachetti had to work twice as hard just to make it into the feature event leaving him with little to no time to even think about heading to victory lane at the end of the night. 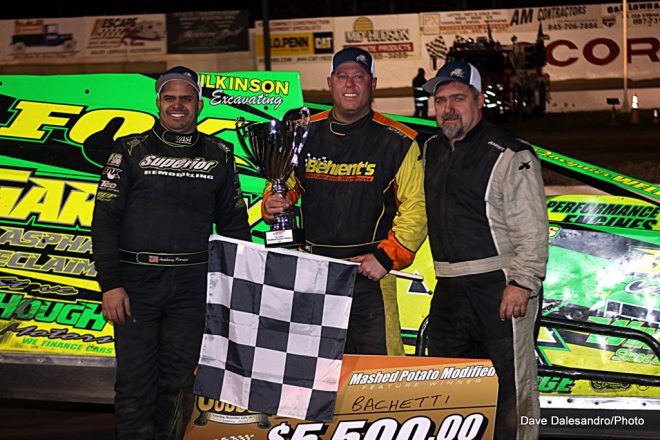 “This place is always hard,” stated Bachetti after his win Saturday evening. “There’s a lot of good race cars here and when you get roughed up in the beginning like we did and you have to work on the car, you don’t have a lot of time to watch the race track so I think we could have been better tonight. Mike [Ricci] was a little bit better than us I think and it came down to track position and I knew we had to get it.”

With a race car that wasn’t the best in the field, Bachetti relied on strategy and determination – as well as lapped traffic – to chase down early race leader Mike Ricci. “I knew that the car wasn’t great,” He continued. “And I also knew that traffic was going to be a factor and he [Ricci] was jumping me a little on the restarts and they really weren’t calling him back so I said ‘well, it’s my turn.'”

With only one chance left to get back to the lead in the closing laps, Bachetti and Ricci went literally nerf bar to nerf bar for nearly half a circuit around the Ulster county facility. “I had to do what I had to do to win the race,” He concluded. “This completes what was a good year for us. I couldn’t do this without Mike Garrity [Garrity Asphalt Reclaiming]; he’s been a phenomenal sponsor and friend and Billy the Kid engines and Fox Shocks, I just can’t say enough about everyone. Tonight gives us some momentum heading into next season.”

Ricci Satisfied with Runner-up Finish at ‘The Gobbler’ 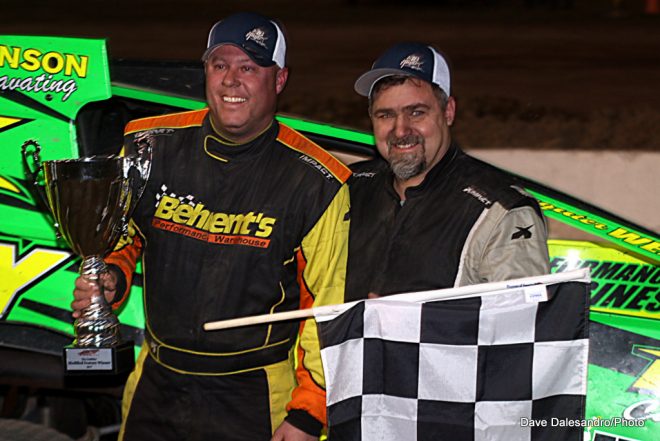 Whenever anyone from the famed Ricci family rolls through the pit gate at the Accord Speedway, they automatically become one of the drivers to watch and Saturday was no different as veteran modified pilot Mike Ricci nearly capped off his 2017 campaign in style behind the wheel of his No. 17 modified.

“The draw was really important tonight,” He stated post-race on Saturday. “I needed to be out front in clean air because late in the season, the track lays dirt down off the tires and the guy running second just can’t get the drive coming off the corner that you need to get. I was better than Andy [Bachetti] in turns three and four but he would pull a car length on me and I just couldn’t get close enough to pull a slide on him.” 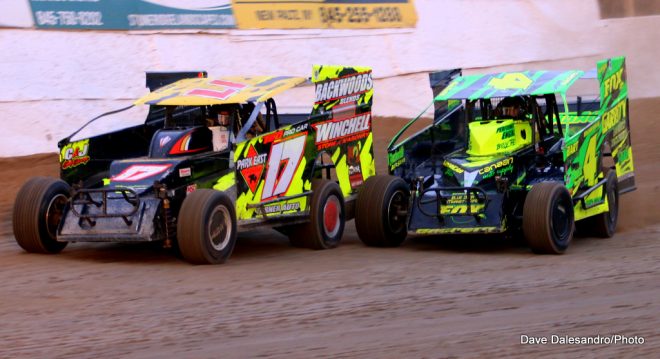 Though the fans may not have been prepared for the hard-nosed, nerf bar using restart in the latter stages of the feature, Mike Ricci certainly was. “I was ready for it,” He continued. “He caught me in a position where we hit and I just couldn’t make it up. We got down in the corner and I slid up and then the following corner he slid up; I knew he wasn’t going run me out of race track. It was a hell of a race; it was a lot of money to win so we gave it hell. It was good and hats off to Andy; he earned that one.”

Where some drivers might have shown their disappointment in finishing second, Ricci seemed to be genuinely pleased with his efforts heading into the long and tortuous winter months between the 2017 and 2018 race seasons. “This is great,” He concluded. “What’s good about it is the team gets pumped up heading into the winter; everyone’s going to work harder heading into next season and get ready to go.” 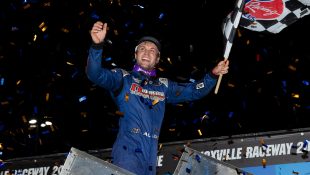 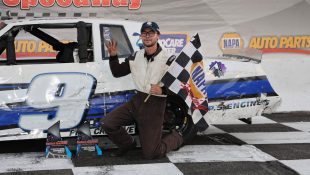 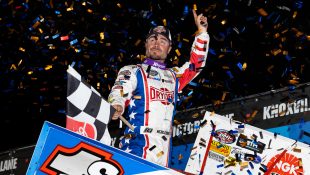 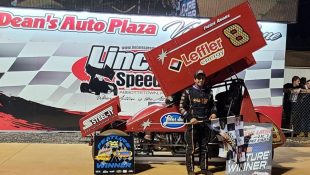 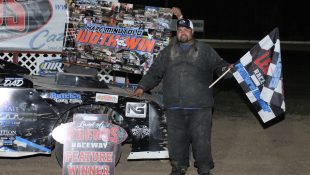 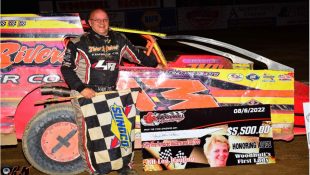 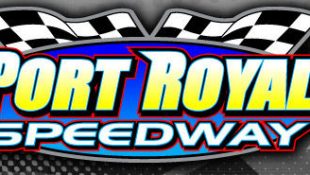 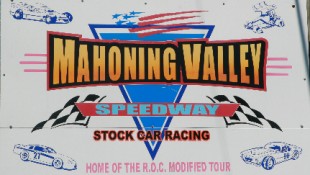 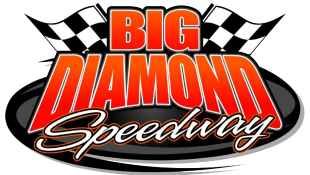 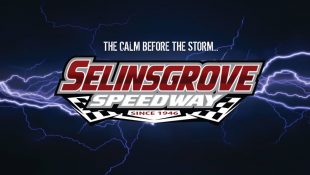 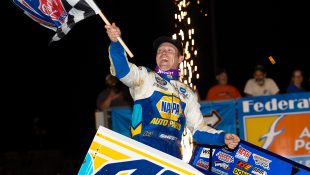 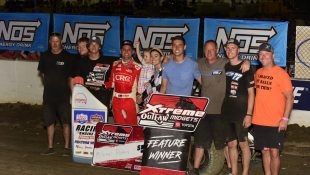 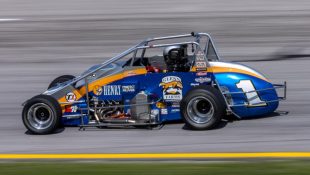 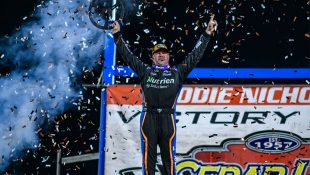 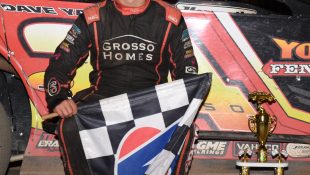 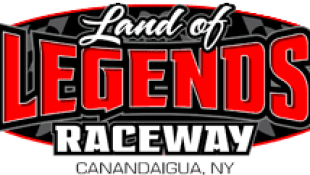 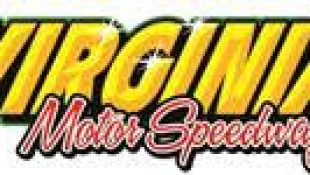