Dallara, Ligier, Multimatic/Riley and ORECA have all built new prototype chassis’ that will debut in the Rolex 24 this weekend. 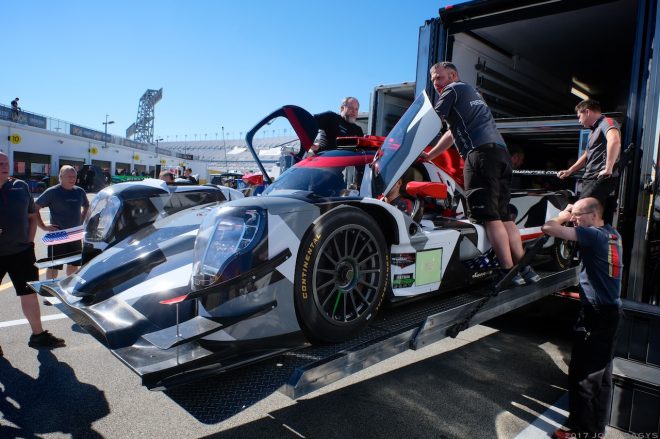 For the 55th running of the Rolex, though, the excitement has started long before the green flag drops Saturday afternoon. That excitement is about what’s on the grid – an all-new field of Prototype race cars, the fastest, most technologically advanced machines ever in the IMSA WeatherTech SportsCar Championship.

While they will race the entire IMSA season, they make their world debut this weekend and unlike any other sport you can think of, the very first event is the most grueling one there is.

It’s been a long time coming.

Four years ago, beginning with this race, the Grand-Am Rolex Series and the American Le Mans Series joined forces, creating the WeatherTech Championship. Both of the groups had their own marquee Prototype class, with cars that, to the average fan, looked similar, but were very different under the skin. 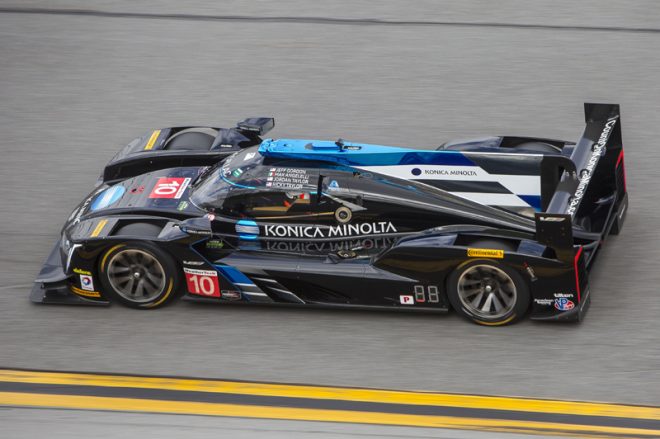 The two cars made power differently, too. The Grand-Am Daytona Prototype cars excelled in straight-line speed. The ALMS cars excelled in braking and handling.  IMSA did not want to simply eliminate one of the two Prototype classes, because they thought it was important to protect the investments the teams made in the cars.

So, IMSA re-wrote the rules to make the Daytona Prototypes and the P2 cars competitive with each other, all the while letting the teams know that for 2017, there would be a new set of rules. This allowed the teams an opportunity to amortize their investment in current race cars, while planning to field the new model.

That time has come. A dozen brand-new Prototypes are entered – seven known as “Daytona Prototype international” cars, or DPi for short, and five LM P2 cars.

Wait – didn’t we just say the new Prototype car is meant to consolidate the DP and P2 cars? We did, and it does. DPi, and LM P2 cars use the same chassis, built by one of four approved chassis constructors: Dallara, Ligier, Multimatic/Riley and ORECA.

The differences appear in engine and bodywork. DPi cars are powered by a variety of different engine manufacturers – three to be exact:  Mazda, Nissan and Cadillac. Each of these cars also uses manufacturer-specific bodywork aimed at aligning certain features of the manufacturer’s production vehicles with the DPi race cars.

There are two Mazda twin-turbo four-cylinders in the Mazda Prototypes, twin-turbo V6 engines powering the of Nissan Nos. 2 and 22 Tequila Patron ESM prototypes, and three normally aspirated Cadillac V-8s, The No. 5 Mustang Sampling team won the WeatherTech Championship Prototype title the first two seasons (2014-15) and the team car, the No.31 Whelen Engineering car, won the 2016 championship. These teams are switching from Corvette Daytona Prototypes to new the new Cadillac DPi-V.R. 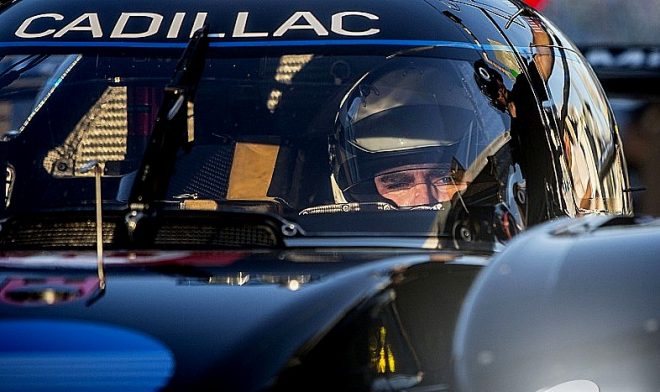 The No.10 Wayne Taylor Racing Konica Minolta Cadillac DPi-V.R. is co-driven by Taylor’s two sons, Ricky and Jordan, for the full season, alongside longtime endurance specialist Max Angelelli, who is retiring after this race following a very successful 30-year career.

The No. 10 Cadillac also has a high-profile guest driver, four-time Monster Energy NASCAR Cup Series Champion Jeff Gordon, who retired from stock car racing, but says he “can’t wait” to get back behind the wheel, having raced with the Wayne Taylor team in 2007 to a third-place finish in the Rolex 24. Both Gordon and the No. 10 Cadillac DPi have done an extensive amount of testing and practice, and the team is expected to contend.