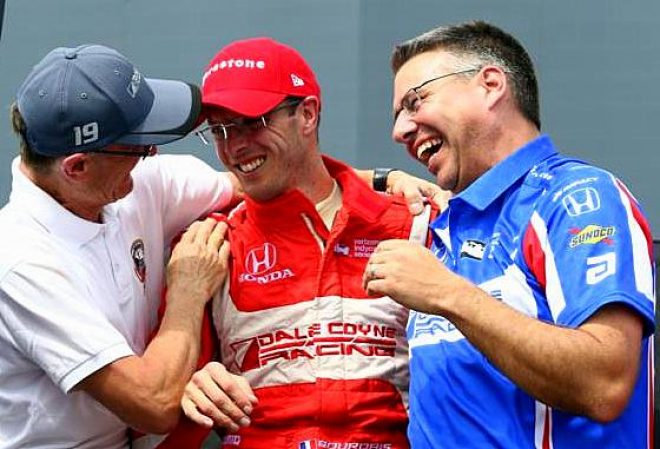 ST. PETERSBURG, Florida –March 15, 2017- The statistics that acknowledge the little-guy analogy of Dale Coyne Racing made the rounds shortly after Sebastien Bourdais’ victory Sunday in the Firestone Grand Prix of St. Petersburg.

1) It was just the fifth victory in the team’s 31-year history.

2) He was just the fourth driver to win a race for DCR.

3) It was the 36th victory of Bourdais’ career, breaking a tie with Bobby Unser for sixth on the all-time list in Indy car history.

4) It was the first of the 36 wins that Bourdais accomplished with Coyne’s team.

But the most telling reason Bourdais won in his first race since being reunited with everyone’s favorite underdog? He’s reunited with Craig Hampson, the engineer behind Bourdais’ four Champ Car championships with Newman/Haas Racing from 2004 through 2007, and Olivier Boisson, Bourdais’ engineer in recent years with KV Racing Technology.

Beyond that, Bourdais has taken the lead in blending together all three personalities.

“It takes a very special mindset and relationship to really be able to cope with each other, optimize each other and carry over the time,” Bourdais said. “It’s pretty exhausting as far as relationships are concerned. It’s very difficult to sometimes not be offensive to people when you’re pushing everybody so hard.”

That wasn’t always the case. The Bourdais who won those four championships is a decade or more removed from the 38-year-old Bourdais who won Sunday’s Verizon IndyCar Series season opener. Young Bourdais could push people, sometimes beyond their limits. Today’s Bourdais keeps everything at a comfortable pace.

“I certainly struggled when I was younger to try not to be a (jerk) pretty much at times,” Bourdais said. “It’s hard because you want this so bad and you put so much into it, that at some point it’s very easy to be over-demanding. I don’t always feel or hear myself, the way I talk.”

Despite the on-track separation of 10 years, Bourdais and Hampson remained friends. When the time came to sign with Coyne, Bourdais convinced his friend to leave Andretti Autosport and team with Boisson, his engineer in more recent times.

“We’ve stayed friends the whole time,” Bourdais said of Hampson. “When the opportunity came to work together again, I think Craig was apprehensive a little bit because I think he was just scared that all the great memories that we had together could be kind of hampered. I told him, ‘You know what, don’t be afraid. You’re the guy I want to work with.’” 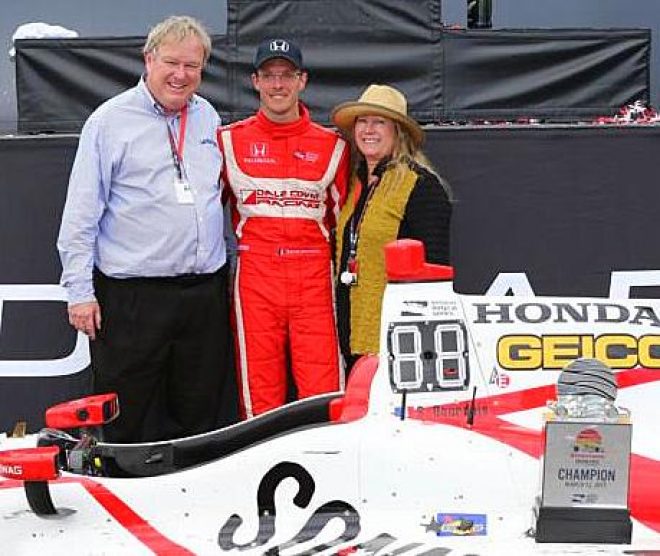 Bourdais also is also reunited with Coyne, who first hired him in 2011 after Bourdais’ two-year run in Formula One, creating a team that showed Sunday it could win against teams featuring more resources.

“The stars finally aligned,” Coyne said. “We were able to get him in our car again this year. It’s just a lot of work. I know what everybody’s put in over the winter, bringing a new engineer, his old team back together, so to speak.”

Most of all, it meant a return to victory lane – for a team and a driver.