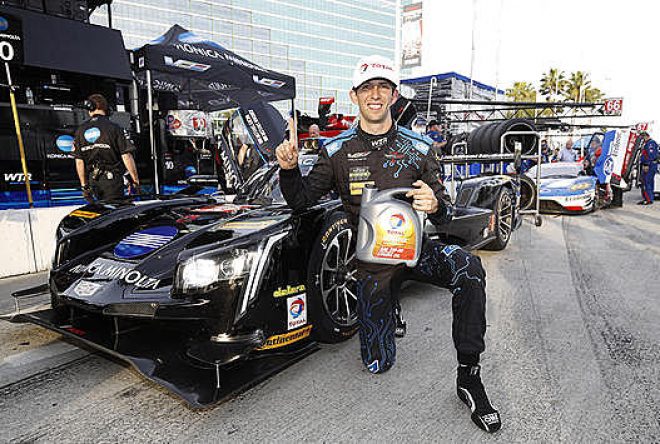 Long Beach Ca.- April 8, 2017-The wave of momentum brothers Ricky and Jordan Taylor established with wins in the opening two races on the IMSA WeatherTech SportsCar Championship calendar has seemingly carried over to the streets of Long Beach. Starting off the weekend by sweeping Friday’s opening two practice sessions for the BUBBA burger Sports Car Grand Prix at Long Beach, Ricky Taylor followed it up by winning the TOTAL Pole Award in the No. 10 Konica Minolta Cadillac DPi-V.R.

The Taylors will look to make it three in a row when the green flag flies at Long Beach, a track they also have won each of the past two seasons, on Saturday at 4 p.m. ET, live on FOX.

“When the team hands you a fifth-place car it’s fun to go out in qualifying and just fly around, but when the team hands you a first place car, and the expectations are high, it can be a little nerve-wrecking, said Ricky Taylor, who scored his 14th career pole. “I think this pole is the most important of the year knowing how important the track position is [at Long Beach]. This year it’s going to be the most difficult in our history here at Long Beach because of the amount of cars. It could really be a stressful race.”

The No. 5 Mustang Sampling Cadillac Daytona Prototype international (DPi) of Christian Fittipaldi made it an all-Cadillac front row with a lap of 1:13.753, just 0.204 seconds behind Taylor. Fittipaldi and co-driver Joao Barbosa enter the weekend second in the WeatherTech Championship Prototype standings following a pair of runner-up finishes to start the season. 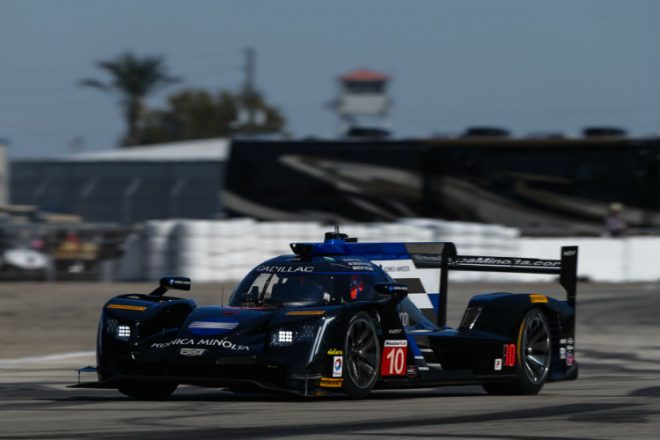 The early-season speed shown by Mazda Motorsports continued Friday with Tristan Nunez qualifying the team’s No. 55 Mazda DPi entry a season-best third with a lap of 1:14.128. Nunez will be joined on the second row by Misha Goikhberg, who followed up a fourth-place finish at Sebring along with co-driver Stephen Simpson, with a fourth-place qualifying effort at Long Beach, 1:14.408, in the No. 85 JDC-Miller Motorsports ORECA.

The No. 31 Whelen Cadillac DPi of Eric Curran and co-driver Dane Cameron, looking to build off a podium finish at Sebring, rounded out the top-five with a lap of 1:14.444.

Nine Prototype entries participated in qualifying Friday, down one from the 10 entered at the beginning of the weekend. In the day’s opening practice session, the No. 90 VISIT FLORIDA Racing Multimatic/Riley suffered damage in an incident. The extent of the damage was enough to prevent the team and co-drivers Marc Goossens and Renger van der Zande from participating for the remainder of the weekend.