“I knew Timmy (Buckwalter) was going to race me clean,” Jankowiak said. “He’s going to win one of these races soon. If I can’t win, I want to see him win.”

Buckwalter’s late race charge was hampered, he said, by a deflating rear that lost its remaining air in the post-race celebrations.

The latter stages of the race, which was highlighted by sustained, high speed, thrilling action, bodes well for the Indoor Auto Racing Series finale next month in Syracuse, NY.

Erick Rudolph finished third. He was right behind Buckwalter as early as lap four but became involved in a multi-car early race tangle that took out Ryan Flores and adversely affected his forward progress.

Matt Janisch, who came into this race as the Indoor Auto Racing Series Fueled By VP Race Fuels point leader ran a solid fourth with Briggs Danner fifth. Danner was driving a car owned by Janisch. Danner’s march from a 15th place start to fifth earned him the Hard Charger Award, sponsored by East Coast TQ Midgets in memory of the late Doug Craig. The award was worth $555.55, a reference to the late Craig’s lifelong car number, 55.

Doug Stearly of Trappe, PA came from the seventh row at the start of the Champ Kart feature and had to run down and pass Cale Ross of Lambertville, NJ to take the top prize.  “We started 15th this year and had a lot of hard driving to do to win,” race winner Stearly said. He had won at Atlantic City last year for the first time under easier circumstances.

Scott Neary of Columbia, NJ held off a furious challenge from Jared Silfee of Saylorsburg, PA in the action-packed 25-lap Slingshot feature. “I was happy to see the caution flag we got late in the race,” Neary said. “It gave me a chance to regroup a little.” The win by Neary was the seventh at Atlantic City for car owner Randy Smith of Saylorsburg, PA and his first one-two finish as an owner in Boardwalk Hall.

Three wild 12-lap B-Mains, each with ten cars, awarded only the race winner with a transfer spot into the feature.  The victors were Andy Nye, Michael Barnes and Chris deRitis.

Two Slingshot B-Mains each at 10 laps were won by Dave Carraghan and Josh Patterson while two Champ Kart B-Mains also at 10 circuits, were grabbed by Dalton Rovira and Brandon Tiezzi.

The Indoor Auto Racing Belfor Property Restoration ‘Concrete Series’ continues at the New York State Exposition Center in Syracuse, NY on Friday and Saturday, March 14 and 15 where the three Series championships will be determined.

The third annual East Coast Indoor Dirt Nationals is the next event, at the Cure Insurance Arena in Trenton, NJ on Friday and Saturday, February 21 and 22. 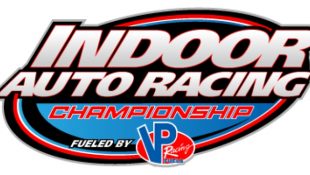 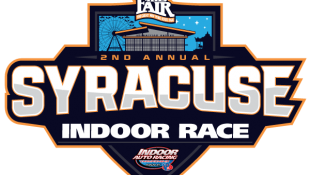