On Saturday, April 4, a drawing will be held on The American Racer Cup Facebook page for four FREE tires in both the Modified and Sportsman divisions. Drivers must be registered as of that date to be eligible for the giveaways.

“Typically, our pre-season giveaway takes place at a Short Track Super Series race around March 15,” program administrator Brett Deyo said. “With the current shutdown of racing due to the COVID-19 regulations, we’ve pushed back the deadline and will draw our winners live on the Cup Facebook page April 4.”

There are currently three options for competitors to sign up for the 2020 American Racer Cup.

Physical forms can be found at the following link to be printed and mailed: http://theamericanracercup.com/?page_id=26

Forms can be scanned and e-mailed to bdmotorsportsmedia@gmail.com and pay via PayPal at the same e-mail address.

Also, an online registration portal has been set up at the following link: https://www.eventbrite.com/e/the-american-racer-cup-tickets-90900428629

$51,450 in cash point fund and hundreds of tire certificates will be distributed throughout the season with 13 facilities in four states participating in the ’20 American Racer Cup program. 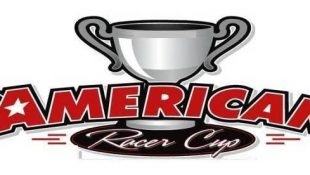